3.Some people say that people help others in the community more now than they did in the past. Do you agree or disagree? Why?

4.What types of services, such as libraries or health centres, are available to the people who live in your area? Do you think there are enough of them? 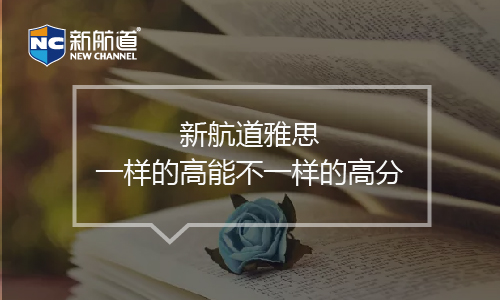 Lots of people have useful skills. For example, some people are good at repairing things. They can help others in their community to save money by repairing something instead of using a paid service. I think this is the most important way because some people, especially elderly people, don’ t have much money.

I think that a lot of people have some extra time that they can use to do things for other people in their community. For example, some elderly people find it exhausting to go to the shops to buy everyday items. If other people have time, especially if they are neighbours and are going to the shops to buy things for themselves, I think it is easy for them to help others.

I think that it makes a lot of people happy to know that they have done something that other people appreciate. I think a lot of people simply help others because they feel good when they get a smile and a thank- you in return.

I know that many people help others just because they think it is a good thing to do, but there are many people who help others expecting that the other people will be able to help them in the future. From my experience, some of these people do something small for others, then expect something big in return.

3. Some people say that people help others in the community more now than they did in the past. Do you agree or disagree? Why?

I agree. I think people realise that they have to work together more and more to get things done. Nowadays, people don’ t have all the skills to do everything they need to do. For example, most people can use computers — at least the basic programmes — but they cannot repair them or even deal with minor software problems. So people have to help each other.

I disagree. I think that people were much more helpful in the past. Nowadays, a lot of people are in a hurry to do their own things and they forget to help others. Also, a lot of people don’ t seem to know many of the people in their communities — especially in cities — and they often don’ t feel the need to try to help people they don’ t know.

4. What types of services, such as libraries or health centres, are available to the people who live in your area? Do you think there are enough of them?

There are plenty of services where I live, because I live in a major city. There are good educational facilities. There’ s a university nearby and several secondary and primary schools. The health facilities are very good, as we have two big hospitals in the area which have new medical technology. There’ s a library and you can go there to use the Internet for free, as long as you are a member. I think there are definitely enough facilities where I live.

I think that the facilities where I live are quite basic. They’ re not bad, but I live in a village and our facilities are never going to be up to the samestandard as the big cities. We have a small clinic with two doctors and we have three schools — nursery, primary and secondary. We also have a community centre, which has a library and hosts cultural events, like films and concerts. I think what we really need are some sports facilities.

I think that the elderly need the most support. They need help with many things — from shopping to health. It is very important for younger people to remember that they will be old one day. I think that it is a good idea to set an example for future generations and help the elderly in whatever way they need.

I think that young children need the most support. Young children might find the world confusing, so older children and adults should help them in every way they can. Children not only need help with education, but also with learning about sport and culture.

I think that individual people should pay. If you want or need to use services and facilities, then you should not expect other people to pay for you to do so. I think that there are a few exceptions. For example, I think basic health care should be provided by the government, because if people get sick they can affect the health of others.

I think that the government should pay for most services and facilities. People pay a lot of money in taxes, so they expect to get some benefits from it. Many individual people do not have enough money to pay for things like higher education or health services. However, I do not think that the government should pay for facilities that people use for their free- time activities.