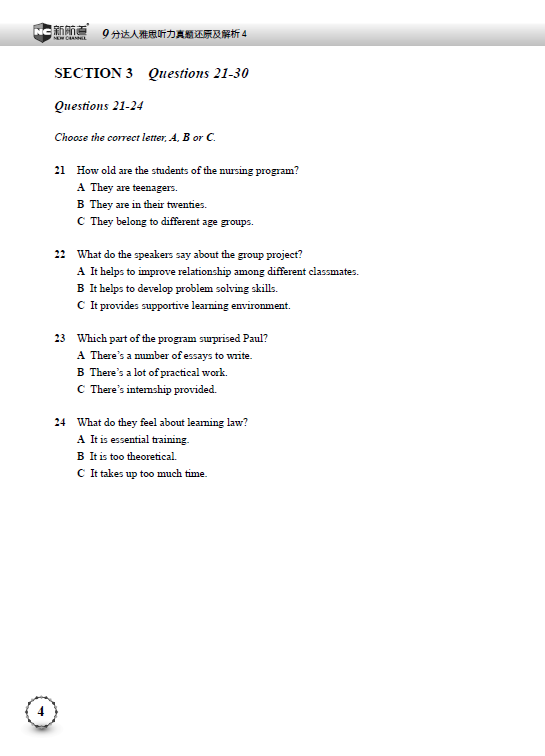 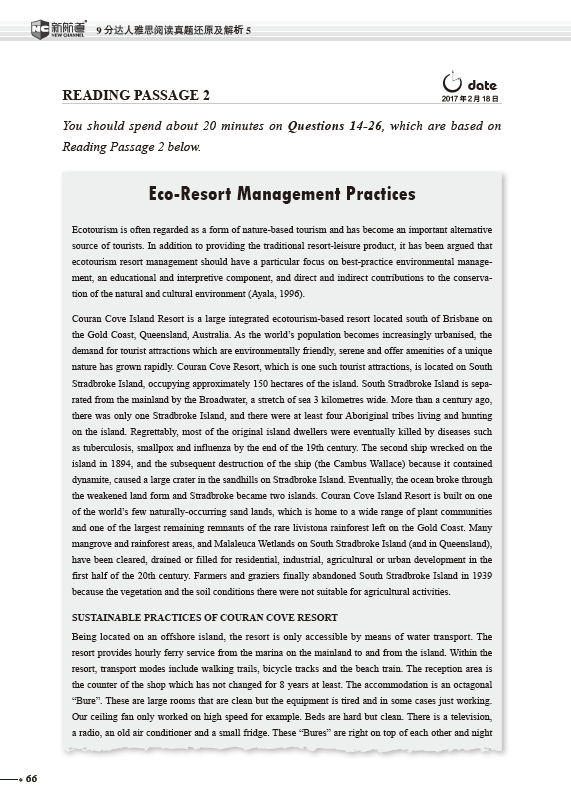 B. extended time on weekdays

13. Art gallry for students should:

A. a ittle charge

B. book in advance

C. have some age limitation

B. made by a wide range of materials

16. the best time to visit for the women: 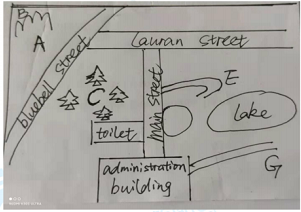 21. How old are the students of the nursing program?

A. They are teenagers

B. they are in their twenties

22. What do the speakers say about the group project?

A. It helps to improve relationship among diferent dassmates

B. It helps to develop problem solving skills

23. Which part of the program surprised Paul?

A. There's a number of essays to write

B. There's a lot of practical work

24. what do they feel about leamning law?

A. Itis an essential part

B. It is too theoretical

C. It takes up too much time

A. Get feedback from teacher frequently

B. Do more reading

C. get help from supporting staff

D. Get help for nursing problems

Describe your favorite singer or actor喜欢的歌手或演员

Describe a person who loves to do social work社会工作

Describe a person who you think wears unusual clothes穿着奇怪的人

Describe someone who is older than you that you admire尊敬的长者

Describe a person who likes to help others乐于助人

Describe a person you know who is polite礼貌的人

Describe an argument with your friend与朋友的争吵

Describe a time when you helped a friend帮助朋友的经历

Describe a time when you lost your way迷路

Describe an occasion when many people were smiling微笑

Describe an event when you tried to do something but not successful.努力做了但没有成功的事

Describe a time when you made a promise to someone承诺

Describe a live sport match that you have watched现场体育比赛

Describe a time when you had to use your imagination用想象力

Describe an activity that you do after school/work课后活动

Describe a natural talent (like sports, music and so on) you want to improve提高的天赋

Describe an art or craft activity (e.g. painting. woodwork, etc.) that you had (at school)艺术品

Describe an article on health you have read.关于健康的文章

Describe a toy you enjoyed playing when you were a kid.小时候喜欢的玩具

Describe a thing that you bought and felt pleased about.满意的购物

Describe a tall building in your caity you like or dislike高楼

Describe a place you visited that has been afected by pllution污染的地方

Describe a quiet place you like to spend your time in安静的地方

Describe a part of a city or town that you enjoy spending time in.喜欢的地方

Descibe someone's home you like but don't want to live in.不喜欢的家

Describe a street market or outdoor market you've been to街边集市

Describe a piece of local news that people are interested in本地新闻

Describe a law on environmental protection环保法律

Describe a skill that you think you can teach other people.教别人技能

Describe a perfect job you would like to have完美的工作

Ecotourism is often regarded as a form of nature based tourism and has become an important alternative source of tourists. In addition to providing the traditional resort-leisure product, it has been argued that ecotourism resort management should have a paticular focus on best-pratice environmental management, an educational and interpretive component, and direct and indirect contributions to the conservation of the natural and cutural environment (Ayala, 1996).

Couran Cove Island Resort is a large integrated ecotourism-based resort located south of Brisbane on the Gold Coast, Queensland, Australia. As the world's population becomes increasingly urbanised, the demand for tourist attractions which are environmentally friendly, serene and offer amenities of a unique nature has grown rapidly. Couran Cove Resort, which is one such tourist atractins, is located on South Stradbroke Island, occupying approximately 150 hectares of the island. South Stradbroke Island is separated from the mainland by the Broadwater, a stretch of sea 3 kilometres wide. More than a century ago, there was only one Stradbroke Island, and there were at least four Aboriginal tribes iving and hunting on the island.

Regrettably, most of the original island dwellers were eventually klldl by diseases such as tuberculosis, smallpox and infuenza by the end of the 19th century. The second ship wrecked on the island in 1894, and the subsequent destruction of the ship (the Cambus Wallace) because it contained dynamite, caused a large crater in he sandhills on Stradbroke Island. Eventually, the ocean broke through the weakened land form and Stradbroke became two islands. Couran Cove Island Resort is built on one of the world's few natully-occurring sand lands, which is home to a wide range of plant communities and one of the largest remaining remnants of the rare livistona rainforest left on the Gold Coast. Many mangrove and rainforest areas, and Malaleuca Wellands on South Stradbroke Island (and in Queensland), have been cleared, drained or fld for residential, industrial, agricultural or urban development in the first half of the 20th century. Farmers and grazlers finally abandoned South Stradbroke Island in 1939 because the vegetation and the soil conditions there were not suitable for agricultural activities.

Being located on an offshore island, the resort is only accessible by means of water transport. The resort provides hourly fery service from the marina on the mainland to and from the island. Within the resort, transport modes include walking tails, bicydle tracks and the beach train. The reception area is the counter of the shop which has not changed for 8 years at least. The accommodation is an octagonal "Bure". These are large rooms that are clean but the equipment is tired and in some cases just working. Our celling fan only worked on high speed for example. Beds are hard but clean. There is a television, a radio, an old air conditioner and a small fridge. These "Bures" are right on top of each other and night noises do carry, so be careful what you say and do. The only thing is the mosquitoes, but if you forget to bring mosquito repellant they sell some on the island.

As an ecotourism-based resort, most of the planning and development of the attraction has been concentrated on the need to co-exist with the fragile natural environment of South Stradbroke Island to achieve sustainable development.

South Stradbroke Island has groundwater at the centre of the island, which has a maximum height of 3 metres above sea level. The water supply is recharged by rainfall and is commonly known as an unconfined freshwater aquifer. Couran Cove Island Resort obtains its water supply by tapping into this aquifer and extracting it via a bore system. Some of the problems which have threatened the island's freshwater supply include pllution, contamination and over-consumption. In order to minimise some of these problems, all laundry actitles are cried out on the mainland. The resort considers washing machines as onerous to the island's freshwater supply,. and that the detergents contain a high level of phosphates which are a major source of

water pollution. The resort uses LPG power generation rather than a diesel- powered plant for its energy supply, supplemented by wind turbine, which has reduced greenhouse emissions by 70% of diesel-equivalent generation methods. Excess heat recovered from the generator is used to heat the swimming pool, Hot water in the eco-cabins and for some of the resor's vehicles are solar- powered. Water efficient fttings are also istalled in showers and tllets. However, not all the applances used by the resort are energy eficient, such as rfrigerators. Visitors who stay at the resort are encouraged to monitor their water and energy usage via the in-house television systems, and are rewarded with prizes (such as a free returm trip to the resort)

accordingly if their usage level is low,

We examined a case study of good management practice and a pro-active sustainable tourism stance of an eco-resort. In three years of operation, Couran Cove Island Resort has won 23 intemational and national awards, including the 2001 Austalian Tourism Award in the 4-Star Accommodation category. The resort has embraced and has eftively implemented contemporary environmental management practices. It has been argued that the successful implementation of the principles of sustainability should promote long- term social, economic and environmental benefits, while ensuring and enhancing the prospects of continued viability for the tourlsm enterprise. Couran Cove Island Resort does not conform to the characteristics of the

Resort Development Spectrum, as proposed by Prideaux (2000). According to Prideaux, the resort should be at least at Phase 3 of the model (the National tourism phase), which describes an integrated resort providing 3-4 star hotel-type accommodation. The primary tourist market in Phase 3 of the model consists mainly of interstate visitors. However, the number of interstate and intemational tourists visiting the resort is small, with the prinipal visitor markets comprising locals and residents from nearby towns and the Gold Coast region. The camying capacity of Couran Cove does not seem to be of any concem to the Resot management. Given that it is a private commercial ecotourist enterprise, regulating the number of visitors to the resort lo minimise damage done to the natural environment on South Stradbroke Island is not a binding constraint. However, the Resort's growth will eventually be constrained by its carrying capacity. and quantity control should be incorporated in the management strategy of the resort.

A by an intended destruction of the ship of the Cambus Wallace.

B by an explosion of dynamite on a ship and fllowing nature erosion.

C by the movement sandhills on Stradbroke Island.

D by the volcanic eruption on island.

2 Why are laundry activities for the resort carried out on the mainland?

A to obtain its water supply via a bore system

B to preserve the water and antipollution

C to save the cost of isalling onerous washing machines

D to reduce the level of phosphates in water around

3 The major water supplier in South Stradbroke Island is by

A desalining the sea water.

B collecting the rainfall.

C transporting from the mainland.

4 What is applied for heating water on Couran Cove Island Resort?

5 What does, as the managers of resorts believe, the prospective future focus on?

A more awards for resort's accommodation

B sustainable administration and development in a long run

C economic and environmental benefits for the tourism enterprise

Being located away from the mainland, tourists can attain the resort only by 19 ferry _in a regular service. Within the resort, transports include trails for walking or tracks

for both 20 bicycle _and the beach train. The on-island equipment is old-fashioned which is barely working such as the 21 ceiling fan overhead. There is television, radio,

an old 22 air conditioner and a small fridge. And you can buy the repellant for 23 moquitoes if you forget to bring some.

11-13. Which THREE of the following statements are true as to the contemporary situa-

tion of Couran Cove Island Resort in the last paragraph?

B The accommodation standard only conforms to the Resort Development Spectrum of Phase 3.

D The principal group visiting the resort is international tourists.

E Its carrying capacity will restrict the future businesses' expansion.

The value of Literary prizes 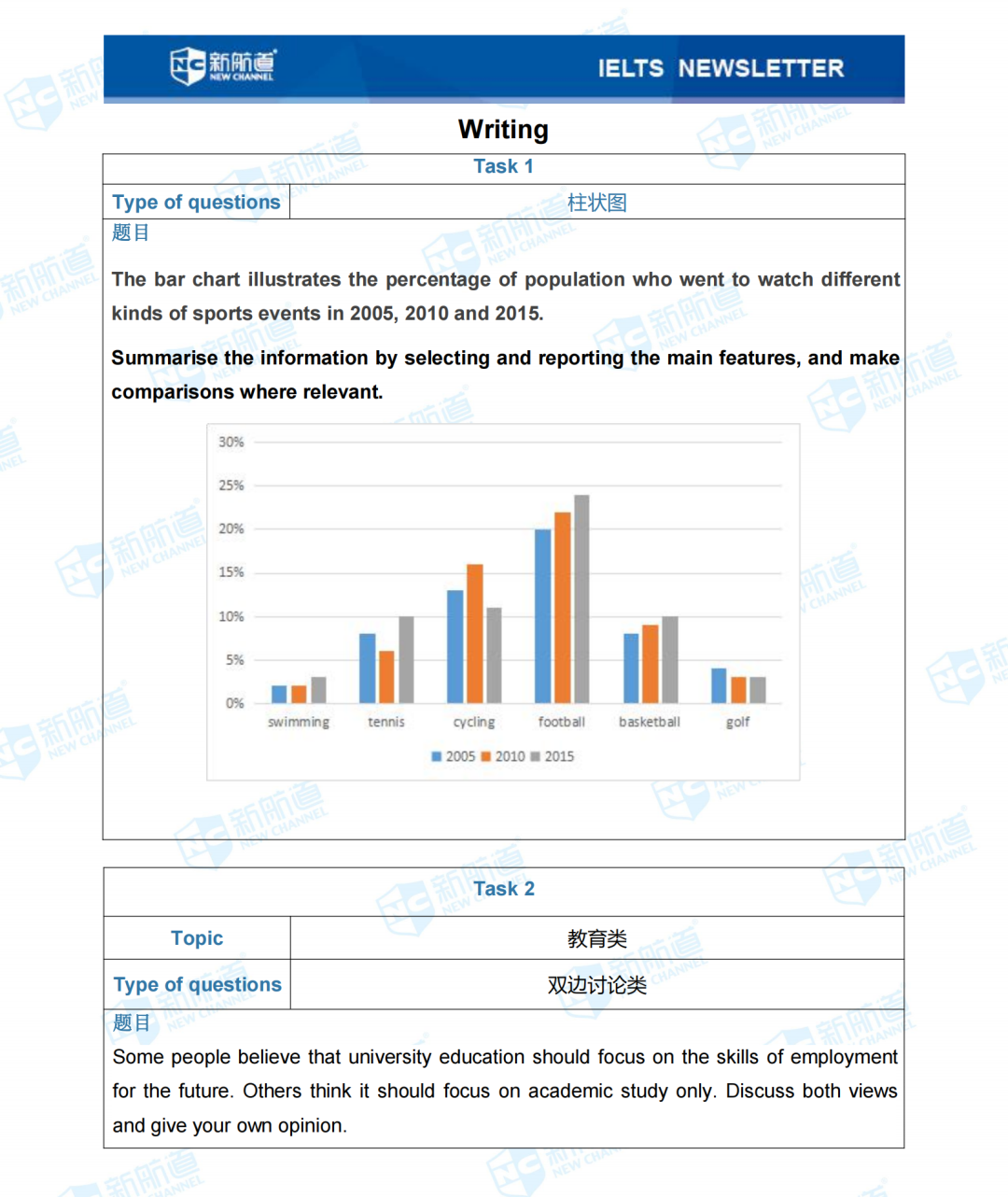