旅游咨询Inquiry about the tour details

(they went to before, this time choose the North)

3 length of stay: a weekend

4 must be very quiet

5 a good beach for children

7. .Additional requirements: prefer a garden instead of a balcony for children to play

10 where she saw the ads: the Magazine of the Countryside Living 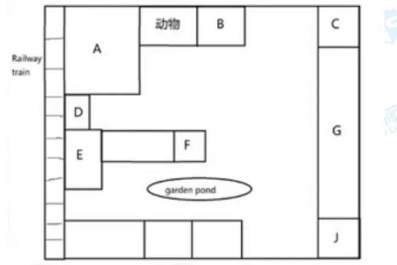 Describe a person who is polite 礼貌的人

Describe a time when you saw children behave badly in public熊孩子

Descibe a person who shows his or her felingis openly坦率的人

Describe an old friend that you got in contact again联系到的老朋友

Describe a time when you made a promise to someone对某人许诺

but had to stay there不感兴趣的话题

Describe a time when you give advice to others给别人建议

Describe a time when you ate something for the first timediyi次吃某种东西

Describe a prize you won获奖的经历

Describe an interesting tradition in your country有趣的传统

Describe the area of science (e.g. physics, medicine, psychology) that you are interested in感兴趣的科学

The Older, the wiser

The National Trust's unoficial secretary, James Lees-Milne, recalls the tense moment of transfer in his diaries. In a downstairs room at Hidcote the "conspirators", Sybil Colefax and

himself, held their breath as Johnston held the pen poised and a shadow crossed his face.

They felt unable to rely on Johnston's failing memory and so they told him that the crucial document before him was one of lesser impotance. He signed and the trust acquired its first garden.

Twenty years earlier Johnston himself had had to have his ageing mother certified a mentally incapable. He had taken her to a rest clinic near Menton, where he began to buy the ground for his second superb garden, his altemative Hidcole in France. In 2002 I was shown an old sepia postcard-picture of his mother in the flower-decorated salon of this clinic, a touching record of their drama.

Having gained the garden, how on earth was the National Trust to cope with it? We all forget how old Hidcote's landscape already was. Johnston had started to design it 40 years earlier in 1908 and had brought it to a peak in the early 1930s when he was already in his 60s. We think of him beside Harold Nicolson and Vita Sackille-West, creators of|Sissinghurst, his garden's only surviving equal. Amazingly, they never saw his Hidcote until their Sissinghurst was already mature; and they belonged to a younger, post- Edwardian generation.

By 1955 the task of reviving Hidcote had passed to the National Trust's new gardens adviser, the great plantsman Graham Thomas. Rare paeonies and half-hardy plants had been lost by the dozen as the trust had neither the staff nor the cash to preserve them.

Thomas knew he had to ratlonallse and to extend the areas of public interest. So he introduced new plants, new colours and a Mediterranean Bank where Johnston had had nothing of the sort. Hidcote survived to become an intemational icon because Thomas saved its superb structure of avenues, mixed hedges and evergreen rooms. Johnston himself had referred to it as a "wild garden in a formal setting". the most difcult legacy to maintain in style.

Since 1949 the public has innocently been admiring Thomas's flower-plantings, not the Major's own.

The central red borders have become world famous but it was Thomas who added the emphasis on purple and dusky brown foliage, When the important designer Russell Page visited Hidcote in 1934 he recorded borders of red and orange flowers and a matching haze of deep blue. He also hailed the half-hardy plants in the summer house as a "gay museum". Thomas and the trust had lost them and pulled the house down.

| have just sat in the trust's small archive room at Hidcote with the present head gardener, Glyn Jones, and discussed the puzzles of Hidcote's past. We talked of the memories of a

former young gardener, Jack Percival, who only surfaced as a source in the 1990s.

Invaluably he remembered constructing Johnston's lost rock garden with truckloads of sawdust and chippings and a stream below them to simulate the snow-melt in Alpine mountains. The site has now been re excavated and pools and water-basins have been rediscovered exactly as Percival had remembered after 60 years.

At the Royal Botanic Garden Edinburgh lists have also been found of plants from foreign Collections which were sent to Hidcote across 20 years. They help to focus our ideas of the

amazing range which Hidcote once tested and held. Jones then brought me up in shock by asking if I would like to see the "old diaries and notebooks". Diaries? Notebooks? They were all supposed to have been bured or lost.

Out of a padded envelope from a locked drawer the head gardener produced three hardly believable survivors: lite hard-backed blue note and day books. In 2002 Jones had started to give talks about Hidcote's lost early history and to appeal for memories from his audience. A few months later an envelope arrived for him, postmarked in Somerset. There was no letter inside, only Johnston's personal daybooks for 1929 and 1932 and a similar book of his sketches and notes between 1925 and 1928.

Who ever had hung on to them s0 long and quielly turned them in? My hands shook as looked at page after page of pencil-observations and sketches by the enigmatic genius of garden design, a man from whom almost nothing else has survived in his own hand. They do not contain revelations about a private life or longings. They are far more interesting.

They are classic records of "house and home .

On page ater page Johnston has noted down the plants in his mind, interspersed with the day's guests for lunch or for a game of his beloved tennis, the addresses of useful craftsmen and recipes for anything from sleeping draughts to poisons for slugs and rats.

The novelist Edith Wharton is noted for lunch and overnight visils and then there are lists of menders of broken china or sources of antique furmiture in Paris or trousers in Warwick.

Above all there are the plants, densest in springtime, in years when Hidcote was at its height. Ceaselessly the Major's pencil was listing scores of plants whose names I have never read before. Here are his notes for this very day, 80 years ago: "Wulfenia amherstiana, Kew. Lavatera. Agie to tea. Rose Penelope. Linaria macedonica. Halesia carolina monticola [the Snowdrop Tree, of which his plant later won a Royal Horticultural Society Award]. Godetia Mauve Queen. Omphaldes linifolia," the latter being a lovely annwal which we should scatter more often in the front of flowerbeds. How many of you garden-readers will have noted a fraction as much by teatime today?

“But isn't it all so long ago?", a non-gardening academic asked me after patently hearing my excitement out On the contrary it is stil with us, especially on evenings as heavenly as

those we had recently. I walked up the greatest central vista in Brntish gardening, the design | regard as the greatest in Brtish art in the past century. It was the work of an

American genius, building an un-American garden of his own. It passes between the red borders, where I now want to root out the brown leaves and purple hazels and even restore

the Major's ormamental grasses and the pampas grasses which photos show to have stood there instead.

| do not believe the fashionable guess nowadays that the Major was infuenced by books on contemporary design by Brtain's Thomas Mawson, an altogether commoner mind.

Beyond their bare trunks run the beds in which Johnston planted heavenly blues and anchusas. Then, two elegant brick pllarls hold portrait-busts as if in Italy, reminding us how

Johnston had travelld widely in Europe as Mawson had not.

On the evening when I read Johnston's long lost notebooks the view across this heaven was lit with a golden light. It was as if their faithful author was approving in spirit that his

life's masterpiece could give such joy and still be understood. 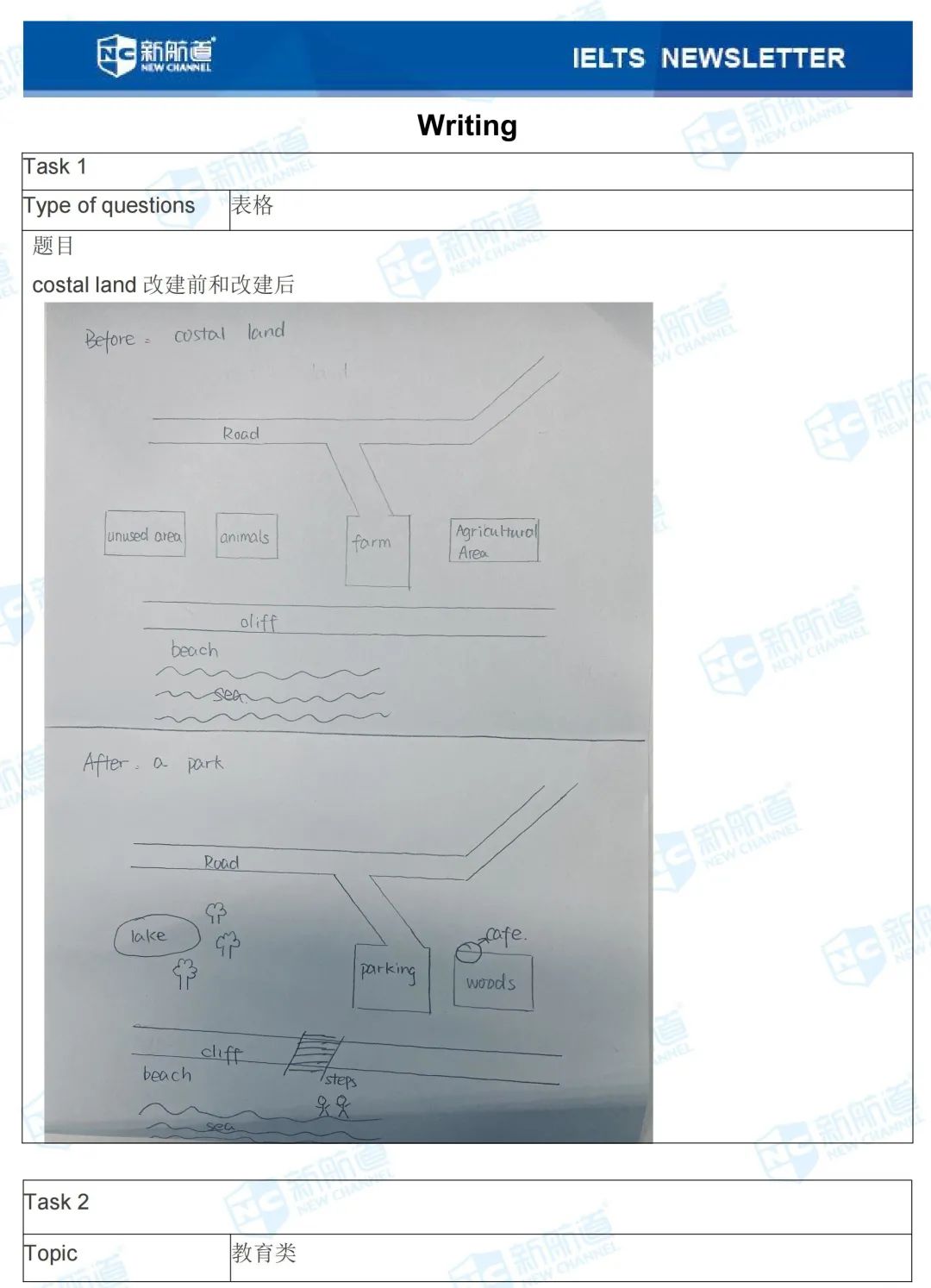