6. Ifyou want to find a job, first you can be recommended by a friend or read ads

7. Buy a paper in local shop

Remember to bring for interview:

9. Can find your tutor as a person for referee

10. Need to fill in a feedback form

A Learn about food from different places

B Write in ancient languages

D Voyage with the Greeks

15. Most activities happen in A

16. The best place to drop off the childrenis B

C. reassessment of music in education

B. it is not clear why elephants responded to music

23. no to use the elephant in their talk because

24. what kind of music affect the monkey most in lab

25. what impressed them most about Taylor

B. Hard work and determination

C similar to other lessons

B it takes long time for preparation

34. based on symbols, structures, family and nature

35. He started design in prison

| .. in Fremantel Prison where he attended art classes taught by Steve Culley, a founder, with

36. Design can be used in clothing

38. Jeans is famous because of lizards and a snake

Describe an old person you admire崇拜的老人

Describe your favorite singer or actor喜欢的歌手或演员

Describe an argument with your friend与朋友的争吵

Describe a time when you helped a friend帮助朋友的经历

Describe a time when you lost your way迷路

Describe an occasion when many people were smiling微笑

Describe an experience you went to a street market街市的经历

Describe an actvity on the sea水上运动

Describe a natural talent (ike sports, music and so on) you want to improve提高的天赋

Describe a tll building in your city you like or dislike高楼

Describe a piece of local news that people are interested in本地新闻

Describe a law on environmental protection环保

Surviving the winter: Hibernation and other resting states

A. Many animals become inactive for periods of varying duration during the winter and.there is a diversity of terms used to describe this state, including: sleep, torpor,dormancy, lethargy and hibernation. The word hiberation is often used loosely to refero general inactivity but, in biology, it refers to a specific phenomenon, sometimes called true hibernation'. Hibemation is defined as the condition of passing the winter in a resting state of deep sleep, during which metabolic rate and body temperature drop considerably. It occurs only in certain mammals and one bird specles, the porwill, a North American relative of the nigtjiar.

B The phenomenon of hibernatin is one reason why the term homeothermy is going out of fashion, to be replaced by endothermy, because maintaining a stable body temperature is the very oposite of what hibermators do. Instead, body temperature flls, from around 38C, to about 19C above the extemal temperature, which is often close to 0C. At the same time, a hibermator's metabolie rate flls to as Itte as 1% of its normal value. The heartbeat becomes slow and iregular and breathing rate also slows.

C Hibernation is an active process, that ls, it is a state which animals enter into, not in response to immediate extermal conditions, but to internal stimull. Some species are remarkably precise and predictable. For example, the arctic ground squirel enters hibermation between 5 and 12 October. A feature of hibernation that distinguishes from other kinds of winter inactivity is that hibernators can arouse themselves spontaneously and are not dependent on external conditions, such as warm temperatures, to do s0. Brown and black bears, for example, are lethargic during very cold periods but are otherwise active in the winter. The arctic ground squirel emerges without fail between 20 and 22 April, regardless of the weather on those dates.

D True hibernation only occurs in relatively small mammals, though not all small mammals living in temperate habitats hibermate in winter, as we have seen. The largest mammal to hibernate is the marmot, which weighs about 5 kg. There are several reasons why larger mammals do not hibernate. Firstly, they would warm up too slowly and therefore use too much energy. Secondly, they have a smaller surface area to volume ratio and so can conserve body heat better than smaller species. Finally, they are better able to carry a thick coat and sufclent adipose tssue to last through the winter. Hibernators are mainly found in the orders Rodentia, Chiroptera and Insectivora. The hedgehog is an example of a hibemating insectivore.

E The physiological features that are characteristic of hibernation are not maintained throughout the winter. Rather, the animal wakes up at inervals, its temperature and metabolic rate increasing to near-normal levels. The function of this periodic arousal is not wholly clear. Some species, such as the chipmunks eat from stored food reserves during arousal perlods, but many others do not. Most specles urinate and defecate, mowe about and change their position, suggesting that arousal provides an opportunity for various essential physiological processes to be performed and to prevent the animal becoming moribund. From detailed measurements of Richardson's ground squirrel in the laboratory, it has been calculated that, during the rlaltively brief periods of arousal, an indvidual expends 83% of all the energy that it uses up during the entire hibernation period,

F Hibernation requires internal energy reserves in the form of adipose tissue and hibernators typically feed intensively prior to winter, building up their fat stores. Some species, such as the edible dormouse, switch to a carbohydrate-and lid-rich diet, eg.seeds, at this time. A characteristic of hibernating mammals is that they possess larger quanitities of a particular kind of adipose tssue called brown adipose tssue. Brown adipose tissue deposits are found around some internal organs and between the shoulder-blades of hibermators and their function is to generate body heat very rapidly,especally during periods of arousal.

G Hibemation might seem to be a safe, and rather agreeable way to spend the winter but, for some species, it is fraught with danger. For Belding's ground squrrels lving at high altitude in Tioga Pass, Callfornla, hibermation lasts 7-8 months. Two-thirds of all juveniles, hibernating for the frst time, and one-third of adult animals die during hibernation. Some die because their fat reserves run out before the end of hibematin; others are dug up and eaten by predators.

H Some mammals spend the winter. in groups, huddled together during periods of dormancy, and so consenve body heat, North American raccoons, for example, spend dormant periods in communal dens. Many specles of bats hibernate communally.

During hibernation, the body temperature of some bats can fall below 0C. In the autumn, they build up fat reserves that represent as much as a third of their total mass. For some mammals, hibernation is closely associated with olther important activities notably reproduction and dispersal. Consequently, energy reserves may have to support more than one activity For example, brown bears living at northern latitudes mate in the autumn and give bith to their cubs during winter lethargy. Edible domice and some bats mate immedlately after the end of hlberation. (In some species of bats, males wake up frst and mate with the females before they have woken up!).

Dispersal is the permanent departure of an individual from its place of birth, usually at the end of the breeding season. It is an important part of the life history of many animals, especally mammals, and tends to be sexually dimorphic, males dispersing further than females. Dispersal therefore requires intemal energy reserves in the form of fat, the very same reserves that they later need to survive the winter. There may thus be a trade-off in the lllallon of energy reserves to dlispersal and to hibernation.

13. A risk of animals' hibemation during the winter G

14. The periodical actvities during the period of hibemation E

15. An example of an animal species prepare for hibernation F

16. A contast of hibermation and lethargy C

17. A reference to the place of hibernation in animals' life cycle H

18. go through hibemation together to keep warm D

19. come out of hiberation on specific dates A

A. The arctic ground squrel

B. The brown bear

22. During hibernation, animals' body temperature is 1°C higher than the extema!

23. Large animals do not hibernate because they usually use a great amount of energy to

24. For Belding's ground squirrels, the majority of adult animals die during hibermation.

25. Reproduction and dispersal are highly related to hibernation.

Collapse: How Societies choose to Fail or Succeed by Jared

29. What does the writer mention about climate change?

A have common traits

31. Why does the writer mention Westerm Roman Empire?

B. There are other reasons rather than miltary defeat contributed to the collapse of

The Collapse of Westem Roman Empire

Historically, barbarians attacked Rome perlodically, but Rome succsesfully held off them, but why eventually bartbarians destroy Roman Empire, was it because the barbarian increased the 32.number or because they gained more 33.resource arbarians are not the 34.fundamental cause of Rome's fll, instead, Rome became 35 weakened _by some combination of economic, political, environment reasons. Rome's fall should be blamed on its own problems.

36. There are trade links between neighboring countries. Yes

37. Some countries are reliant more on imports than other countries. NOT GIVEN

38. Different Societies respond in the same way to similar problems. No

40. Our society has developed new approach to solve its own problems. NOT GIVEN 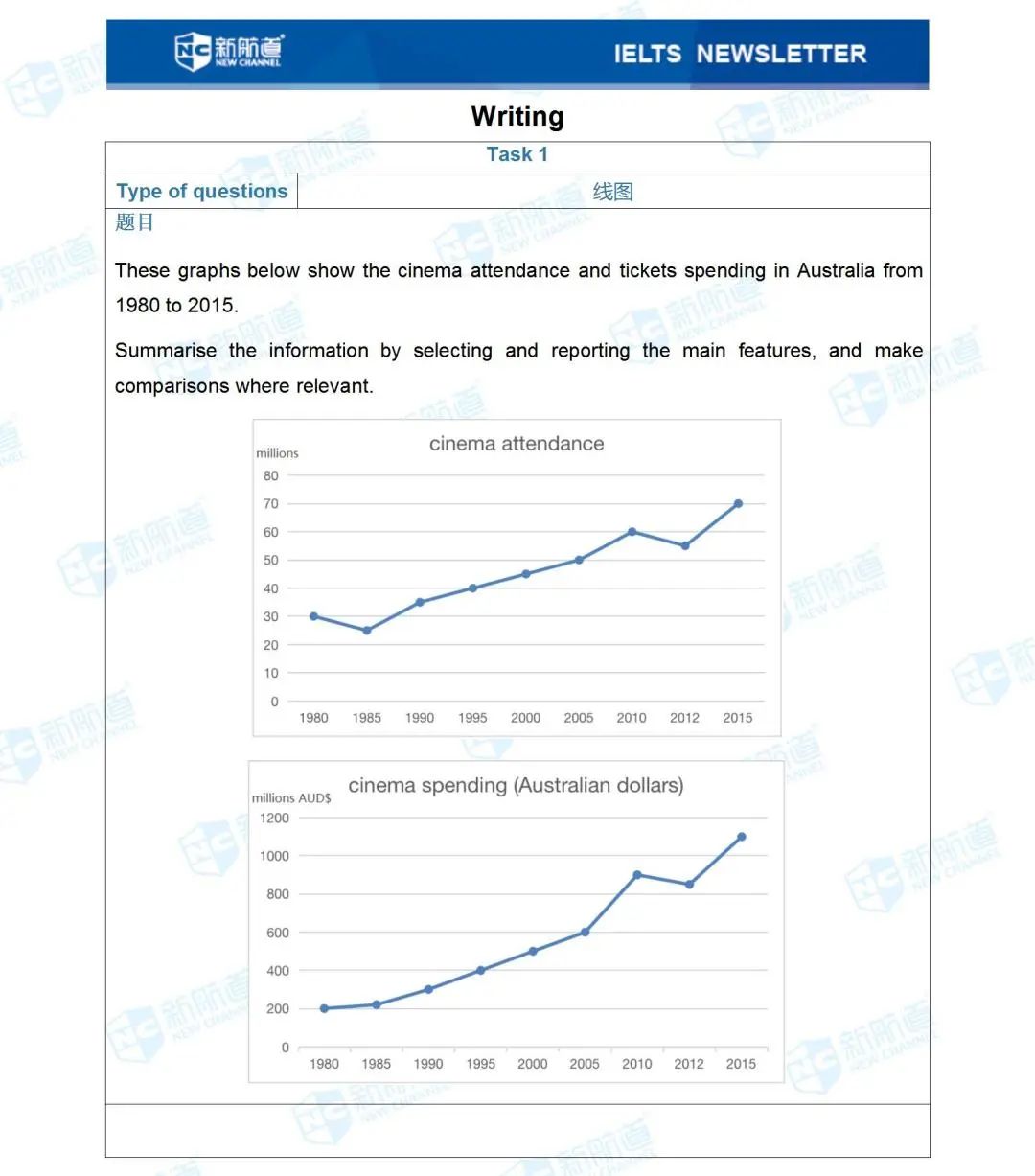