21 What is the problem for the students' recent paper report?

C need to choose a focus too extensive

22. what is the difculty the student thought the babies might have?

23. what has been agreed between the teacher and the students?

B bilingual ability is helpful for future career

24. what does the teacher say about the advantage of bilingual ability for a baby?

D they may be more capable of dealing with multitasking

25. what is the major concem of parents sending babies to bilingual school!?.

C the school fee is too high

F there are too few samples being taken

A not a clear topic focus

D lack of logical reasoning in some parts

31. It was mainly in furniture sector, which was the most famous industry in the past.

32. Now, the fast developed services which is now the most important industry in this town.

34. parents are picking up children where is close to schools

36. build a new campus for a university

39. the aim is to reduce for retail use

Describe a person who you follow on social media社交网络上关注的人

Describe a person who contributes to the society对社会有贡献的人

Describe someone you really like to spend time with你喜 欢在一起的人

Describe an important event you celebrated庆祝的重要事件

Describe a time when you were stuck in a taff jam堵车的经历

Describe an occasion that you lost something丢东西的经历

Describe a time you were very busy描述一次忙碌

Describe a time when you helped a child帮助孩子的经历

Describe a time when you gave advice to others描述给别人建议的经历

Describe a time when you organized a happy event sucssully、成功组织事件

Describe an interesting conversation you had with your friend与朋友进行的有趣对话

Describe a positive change that you made in your life描述一个积极的改变

Describe a long walk you ever had描述一次长途步行的经历

Describe something you received for free描述一次兔费得到的物品:

Describe a special cake you received from others描述一个特殊的蛋糕

Describe a git you would like to buy for your friend描述一个想送给朋友的礼物

Describe a toy you liked in your childhood描述一个童年的玩具

Describe an item of clothing that someone gave you描述一件别人送你的衣服

Describe an important river/lake in your country描述一个重要的河流/湖泊

Describe a city that you think is very interesting描述一个有趣的城市

Describe something you do to keep fit and healthy描述一件帮助保持健康的事情

Describe a rule that you don't like描述一个你不喜欢的规则

Describe a skill that you learned from older people描述一个 你向老人学习的技能

Describe a course that impressed you a lot描述一个印象深刻的课程

Describe a thing you did to learn another language描述一个为学语言而做的事情

Describe an ambition that you haven't achieved描述一个还未实现的梦想

Describe a story someone told you and you remember描述一个 别人告诉你的故事

Can you do them at the same time?

A. Talking on the phone while driving isn't the only situation where we're worse at multitasking than we might like to think we are. New studies have identified a bottleneck in our brains that some say means we are fundamentally incapable of true multitasking. If experimental findings reflect real-world performance, people who think they are multitasking, are probably just underperforming in all- or at best, all but one - of their parall pursuits. Practice might improve your performance, but you will never be as good as when focusing on one task at a time.

B. The problem, according to Rene Marois, a psychologist at Vanderbilt University in Nashville, Tennessee, is that there's a sticking point in the brain. To demonstrate this, Marois

devised an experiment to locate it Volunteers watch a screen and when a particular image appears, a red circle, say, they have to press a key with their index finger. Different coloured

circles require presses from dfferent fingers. Typical response time is about half a second, and the volunteers quickly reached their peak performance. Then they learn to listen to dfferent recordings and respond by making a specific sound. For instance, when they hear a bird chirp, they have to say "ba"; an electronic sound should elicit a "ko", and so on. Again，no problem. A normal person can do that in about half a second, with almost no effort.

C. The trouble comes when Marois shows the volunteers an image, and then almost immediately plays them a sound. Now they'e flummoxed." If you show an image and play a sound at the same time, one task is postponed," he says. In fact, if the second task is introduced within the half. second or so it takes to process and react to the first, it will simply be delayed until the first one is done. The largest dual task delays occur when the two tasks are presented simultaneously; delays progressively shorten as the interval between presenting the tasks lengthens.

D. There are at least three points where we seem to get stuck, says Marois. The first is in simply identifying what we're looking at. This can take a few tenths of a second, during

which time we are not able to see and recognize the second item. This limitation is known as the "attentional blink*: experiments have shown that if you're watching out for a particular

event and a second one shows up unexpectedly any time within this crucial window of concentration, it may register in your visual cortex but you will be unable to act upon it.

Interestingly, if you don't expect the first event, you have no trouble responding to the second. What exactly causes the attentional blink is still a matter for debate.

E. A second limitation is in our short-term visual memory. It's estimated that we can keep track of about four items at a time, fewer if they are complex. This capacity shortage is

thought to explain, in part, our astonishing inability to detect even huge changes in scenes that are otherwise identical, so-called "change blindness". Show people pairs of near-

identical photos - say, aircraft engines in one picture have disappeared in the other - and they will fail to spot the dfferences. Here again, though, there is disagreement about what

the essential limiting factor really is. Does it come down to a dearth of storage capacity, or is it about how much attention a viewer is paying?

F. A third limitation is that choosing a response to a stimulus - braking when you see a child in the road, for instance, or replying when your mother tells you over the phone that she' s

thinking of leaving your dad - also takes brainpower. Selecting a response to one of these things will delay by some tenths of a second your ability to respond to the other. This is

G. But David Meyer, a psychologist at the University of Michigan, Ann Arbor, don't buy the bottleneck idea. He thinks dual-task interference is just evidence of a strategy used by the

brain to prioritise multiple activities. Meyer is known as something of an optimist by his peers. He has witten papers with titles like "Virtually perfect time- sharing in dual-task

performance: Uncorking the central cognitive bottleneck. His experiments have shown that with enough practice - at least 2000 tries - some people can execute two tasks simultaneously as competently as if they were doing them one after the other. He suggests that there is a central cognitive processor that coordinates all this and, what's more, he thinks it uses discretion sometimes it chooses to delay one task while completing another.

H. Marois agrees that practice can sometimes erase interference effects. He has found that with just 1 hour of practice each day for two weeks, volunteers show a huge improvement

at managing both his tasks at once. Where he disagrees with Meyer is in what the brain is doing to achieve this. Marois speculates that practice might give us the chance to find less

congested circuits to execute a task - rather like finding trusty back streets to avoid heavy traffic on main roads - effectively making our response to the task subconscious. After all,

there are plenty of examples of subconscious multitasking that most of us routinely manage: walking and talking, eating and reading, watching TV and folding the laundry.

I. It probably comes as no surprise that, generally speaking, we get worse at multitasking as we age. According to Art Kramer at the University of llinois at Urbana- Champaign, who

studies how ageing affects our cognitive abilities, we speak in our 20s. Though the decline precipitous. In one study, he and his colleagues had both young and old participants do a

simulated driving task while carrying on a conversation. He found that while young drivers tended to miss background changes, older drivers failed to notice things that were highly

14. A theory explained delay happens when selecting one reaction F

17. An experiment designed to demonstrates the critical part of the brain for multitasking B

18. A viewpoint favours the optimistic side of multitasking performance G

19. Which one is correct about the experiment conducted by Ren6 Marois?

A participants performed poorly on the listening task solely

B. volunteers press a different key on different colour

C. participants need to use different fingers on the different coloured object

D. they did a better job on Mixed image and sound information

20. Which statement is correct about the first limitation of Marois's experiment?

B. lag occurs if we concentrate on one object while the second one appears

C. we always have trouble in reaching the second one

D. the first limitation can be avoided by certain measure

21. Which one is NOT correct about Meyer's experiments and statements?

A. just after failure in several attempts can people execute dual-task

B. Practice can overcome dual-task interference

D. an existing processor decides whether to delay another task or not

22. The longer gap between the two presenting tasks means a shorter delay toward the second one.YES

24. Marois has a different opinion on the claim that training removes the bottleneck effect. NO

25. Art Kramer proved there is a correlation between multitasking performance and genders. NOT GIVEN

26. The author doesn't believe that the effect of practice could bring any variation NO 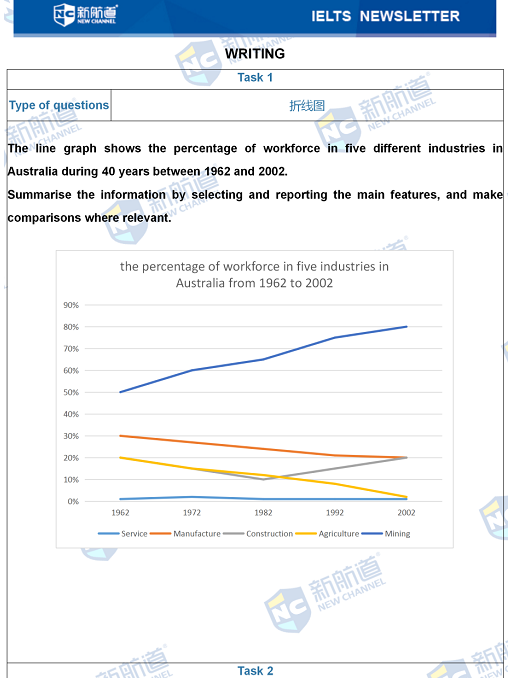