Write a response in which you discuss which view more closely aligns with your own position and explain your reasoning for the position you take. In developing and supporting your position, you should address both of the views presented.

Some people believe it is often necessary, even desirable, for political leaders to withhold information from the public. Others believe that the public has a right to be fully informed.

Write a response in which you discuss which view more closely aligns with your own position and explain your reasoning for the position you take. In developing and supporting your position, you should address both of the views presented. 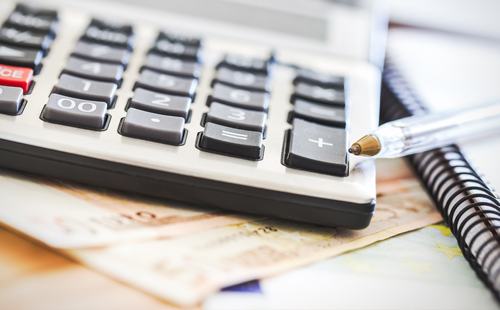 I agree with the issue that it is sometimes necessary, even desirable, for political leaders to withhold information from the public. A conflicting view would reveal a naivety about the inherent nature of public politics and about the sorts of compromises on the part of well-intentioned political leaders necessary in order to further the public’s ultimate interests. Nevertheless, we must not endow our political leaders with unrestricted freedom to withhold information; otherwise, we risk sanctioning demagoguery and undermining the philosophical underpinnings of any democratic society.

Behind my everlasting favor with some people is the reason that in order to gain the opportunity for effective public leadership, a would-be leader must first gain and maintain political power. In the realm of politics, complete forthrightness is a harbinger of vulnerability and naivety, neither of which earns a politician respect among his or her opponents, and which those opponents will use to every advantage to defeat the politician. In my observation, some measure of pandering to the electorate is necessary to gain and maintain political leadership. For example, were all politicians to fully disclose every personal defect, character flaw, and detail concerning personal life, few honest politicians would ever by elected. While this view might seem cynical, personal scandals have in fact proven the undoing of many a political career; thus, I think this view is realistic.

Another reason why I essentially air my endorsement is that political leaders’ being completely honest with social individuals would moderately threaten public safety and perhaps even national security. This is particularly authentic especially when it comes to certain types of shocking information. For example, if the President were to disclose the government’s strategies for thwarting specific plans of an international terrorist or a drug trafficker, those strategies would surely fail, and the public’s health and safety would be compromised as a result. Withholding information might also be necessary to avoid public panic and national hysteria. Acting as an analogy to ‘Star War’ series, The Martian Invasion broadcast in the USA might serve as a compelling illustration. While such cases are rare, they do occur occasionally. For another example, during the first few hours of the new millennium, the U.S. Pentagon’s missile defense system experienced a malfunction. This fact was withheld from the public until later that day, once the problem had been solved; and legitimately so, since immediate disclosure would have served no useful purpose and might even have resulted in mass hysteria.

Having recognized that withholding information from the public is often necessary to serve the interests of that public, legitimate political leadership nevertheless requires forthrightness with the citizenry as to the leader’s motives and agenda. History informs us that would-be leaders who lack such forthrightness are the same ones who seize and maintain power either by brute force or by demagoguery – that is, by deceiving and manipulating the citizenry. Paragons such as Genghis Khan, respectively, come immediately to my mind. Any democratic society should of course abhor demagoguery, which operates against the democratic principle of government by the people. Consider also less egregious examples, such as President Nixon’s withholding of information about his active role in the Watergate cover-up. His behavior demonstrated a concern for self-interest above the broader interests of the democratic system that granted his political authority in the first place.

In sum, the game of politics calls for a certain amount of disingenuousness and lack of forthrightness that we might otherwise characterize as dishonesty. And such behavior is a necessary means to the final objective of effective political leadership. Nevertheless, in any democracy a leader who relies chiefly on deception and secrecy to preserve that leadership, to advance a private agenda, or to conceal selfish motives, betrays the democracy-and ends up forfeiting the political game.