You should spend about 20 minutes on Questions 27--40, which are based on Reading Passage 3 on the following pages. 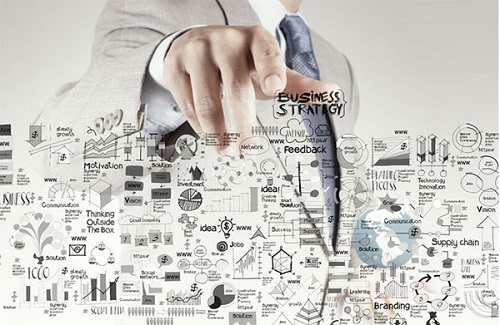 A）A paradox lies close to the heart of scientific discovery. If you know just what you are looking for, finding it can hardly count as a discovery, since it was fully anticipated. But if, on the other hand, you have no notion of what you are looking for, you cannot know when you have found it, and discovery, as such, is out of the question. In the philosophy of science, these extremes map onto the purist forms of deductivism and inductivism: In the former, the outcome is supposed to be logically contained in the premises you start with; in the latter, you are recommended to start with no expectations whatsoever and see what turns up.

B）As in so many things, the ideal position is widely supposed to reside somewhere in between these two impossible-to-realise extremes. You want to have a good enough idea of what you are looking for to be surprised when you find something else of value, and you want to be ignorant enough of your end point that you can entertain alternative outcomes. Scientific discovery should, therefore, have an accidental aspect, but not too much of one. Serendipity is a word that expresses a position something like that. !t9s a fascinating word, and the late Robert King Merton—“the father of the sociology of science”一liked it well enough to compose its biography, assisted by the French cultural historian Elinor Barber

C ）The word did not appear in the published literature until the early 19th century and did not become well enough known to use without explanation until sometime in the first third of the 20th century. Serendipity means a “happy accident” or “pleasant surprise”, specifically, the accident of finding something good or useful without looking for it. The first noted use of ^serendipity^ in the English language was by Horace Walpole. He explained that it came from the fairy tale, called The Three Princes of Serendip (the ancient name for Ceylon, or present day Sri Lanka), whose heroes 4

D ）Antiquarians, following Walpole, found use for it, as they were always rummaging about for curiosities, and unexpected but pleasant surprises were not unknown to them. Some people just seemed to have a knack for that sort of thing, and serendipity was used to express that special capacity. The other community that came to dwell on serendipity to say something important about their practice was that of scientists, and here usages cut to the heart of the matter and were often vigorously contested. Many scientists, including the Harvard physiologist Walter Cannon and, later, the British immunologist Peter Medawar, liked to emphasise how much of scientific discovery was unplanned and even accidental. One of the examples is Hans Christian 0rsted's discovery of electromagnetism when he unintentionally brought a current-carrying wire parallel to a magnetic needle. Rhetoric about the sufficiency of rational method was so much hot air. Indeed, as Medawar insisted, *There is no such thing as The Scientific Method,M no way at all of systematising the process of discovery. Really important discoveries had a way of showing up when they had a mind to do so and not when you were looking for them. Maybe some scientists,like some book collectors, had a happy knack; maybe serendipity described the situation rather than a personal skill or capacity.

E ）Some scientists using the word meant to stress those accidents belonging to the situation; some treated serendipity as a personal capacity; many others exploited the ambiguity of the notion. Yet what Cannon and Medawar took as a benign nose-thumbing at Dreams of Method, other scientists found incendiary. To say that science had a significant serendipitous aspect was taken by some as dangerous denigration. If scientific discovery were really accidental, then what was the special basis of expert authority? In this connection, the aphorism of choice came from no less an authority on scientific discovery than Louis Pasteur: ^Chance favors the prepared mind." Accidents may happen, and things may turn up unplanned and unforeseen, as one is looking for something else, but the ability to notice such events, to see their potential bearing and meaning, to exploit their occurrence and make constructive use of them—these are the results of systematic mental preparation. What seems like an accident is just another form of expertise. On closer inspection, it is insisted, accident dissolves into sagacity.

F） The context in which scientific serendipity was most contested and had its greatest resonance was that connected with the idea of planned science. The serendipitists were not all inhabitants of academic ivory towers. As Merton and Barber note, two of the great early-20th- century American pioneers of industrial research—Willis Whitney and Irving Langmuir, both of General Electric—made much play of serendipity, in the course of arguing against overly rigid research planning. Langmuir thought that misconcqtions about the certainty and rationality of the research process did much harm and that a mature acceptance of uncertainty was far more likely to result in productive research policies. For his own part, Langmuir said that satisfactory outcomes c So, from within the bowels of corporate capitalism came powerful arguments, by way of serendipity, for scientific spontaneity and autonomy. The notion that industry was invariably committed to the regimentation of scientific research just doesn't wash.

G ）For Merton himself--who one supposes must have been the senior author—serendipity represented the keystone in the arch of his social scientific work. In 1936, as a very young man, Merton wrote a seminal essay on The Unanticipated Consequences of Purposive Social Action. It is, he aigued, the nature of social action that what one intends is rarely what one gets: Intending to provide resources for buttressing Christian religion, the natural philosophers of the Scientific Revolution laid the groundwork for secularism; people wanting to be alone with nature in Yosemite Valley wind up crowding one another. We just don't know enough—and we can never know enough—to ensure that the past is an adequate guide to the future: Uncertainty about outcomes, even of our best-laid plans, is endemic. AH social action, including that undertaken with the best evidence and formulated according to the most rational criteria, is uncertain in its consequences.

Choose the most suitable heading for paragraphs A~G fwm the list of headings below. Write the appropriate number, i-jc, in boxes 27-32 on your answer sheet.

i Examples of some scientific discoveries

iv What is the Scientific Method

v The contradiction of views on scientific discovery

vi Some misunderstandings of serendipity

ix How the word came into being

x Illustration of serendipity in the business sector

Choose the correct letter, At B, C or D,

Write the correct letter in boxes 33-3 7 on your answer sheet,

A anticipate results in the beginning.

B work with prepared premises.

D look for what you want.

A discoveries are made by people with determined mind.

B discoveries tend to happen unplanned.

C the process of discovery is unpleasant.

D serendipity is not a skill.

35 Many scientists dislike the idea of serendipity because

A it is easily misunderstood and abused.

B it is too unpredictable.

C it is beyond their comprehension.

D it devalues their scientific expertise.

A planned science should be avoided.

C people tend to misunderstand the relationship between cause and effect.

37 The example of Yosemite is to show

A the conflict between reality and expectation.

B the importance of systematic planning.

C the intention of social action.

D the power of anticipation.

Answer the questions below.

Choose NO MORE THAN TWO WORDS from the passage for each answer. Write your answers in boxes 38-40 on your answer sheet.

38 Who is the person that first used the word “serendipity”?

39 What kind of story does the word come from?

40 What is the present name of serendip?