2. Something you can write on

5. Bring your own, knife and container for conditioning

8. Good for problem with the neck

B. get up early

C. they have the timne themseives

12. what about the food there?

A. take a long time to prepare

B. it contains fruits such as berries

13. the most important work for Black-smith was?

14. what did they like to do after dinner around the fire?

A. too tired to eat

B. talk about something

C. they talk about what they bave done

C. a lot of exercise

16. wooden pees into the hole

17. tools are made from bones

20. the level and wooden poles should be equal

Describe someone you really like to spend time with你喜欢在一起的人

Describe a person who you follow on social media社交媒体上关注的人

Describe a person who contributes to the society对社会有贡献的人

Describe something that surprised you and made you happy让你惊喜又开心的事情

Describe a time when you were stuck in a traffi jam交通堵塞的经历

Describe an important event that you celebrated庆祝的重要的事情

Describe a time when you organized a happy event successfully成功组织事件

Describe a time you were busy忙碌的经历

Describe a time when you helped a child帮助小朋友的经历

Describe a time when you gave advice to others你给他人建议的一次经历

Describe an occasion that you lost something你丢了某件东西的经历

Describe a long walk you ever had一次长途步行的经历

Describe an interesting conversation you had with your friend-次 与朋友的有趣谈话

Describe something that was broken in your home and then repaired在家里坏掉且修好的东西.

Describe an invention that changes the world in a positive way积极改变世界的发明

Describe a special cake you received from others从别人那得到的特殊蛋糕

Describe a toy you liked in your childhood童年时期喜欢的一-件玩具

Describe a gift you would like to buy for your friend想送给朋友的一份礼物

Describe something you received for free一个免费得到的物品

Describe an item of clothing that someone gave you别人送你的衣物

Describe a city that you think is very interesting你认为很 有趣的城市

Describe a time you visited a new place一次去新地方的经历

Describe a rule that you don't like and want to change in the future你不喜欢并且想改变的规则.

Describe something you do to keep fit and healthy 一 件帮助保持健康的事情

Describe a skill that you learned from older people从年长的人身上学到的一项技能

Describe an ambition that you haven't achieved 一个尚未实现的志向

Describe a thing you did to learn another language学语言的事情

Describe a contest/competition you would like to participate in 你想参加的一个比赛

A volunteer effort to map all the food stores in Brooklyn, N.Y, is an example of two rising trends: citizen mapping and inereasing scrutiny of urban Amerieans' access to healthy food.

The Brooklyn Food Coalition held its data entry party on the Monday after Martin Luther King Jr. Day.That night was especially dry and cold; even indoors,everyone was bundled in

sweatshirts and scarves. Above couches on which eight volunteers sat with laptops perched on their knees, there hung a framed quote by Indian author Arundhati Roy:"Not only is another

world possible she is on her way. On a quiet day, I can hear her breathing."

The volunteers were collating the results of a recent survey of the 200-some greengrocers and convenience stores in Crown Heights, a neighborhood in Brooklyn N.Y. As they tapped away

on their keyboards, colorful dots appeared on their online map, Foodcensus.org. The map shows the loeations of all the food stores in a handful of central Brooklyn neighborhoods.

Clicking on a location-one of the dots-brings up a dialogue balloon that displays the store's name and address and whether it earries fresh fruit and vegetables w hole grain bread, low-fat

dairy and other healthy options.' The volunteers plan to eventually map the entire borough.

Northern and central Brooklyn have some of the unhealthiest food stores in New York City,according to a paper published by New York City District Public Health Offce researchers in January,"We want to get to a more specific and detailed description of what that looks like,"says Jeffrey Heehs, who leads the mapping project. He hopes the map will help residents find

The Brooklyn mapping effort represents the intersection of two growing trends:mapping fresh food markets in Us. Cities and private citizens creating online maps of local features in their

neighborhoods. According to Michae Goodchild, a geographer at the University of California at Santa Barbara, citizen cartographers may make maps just for fun; because there is no

good government-made map for the area, as in Port-au-Prince, Haiti; or to record problems such as potholes or burned-out traff lights.

"AlI this has come out in the past four years," says Michele Ver Ploeg, a USDA economist who prepared相report to Congress in2009 about "food deserts," or urban areas where the stores

Low-incorme neighborhoods, w here residents are at higher risk for obesity and chronie disease,are often located in food deserts according to recent research.Researchers have several theories about how food deserts arose. Linda Alwitt and Thomas Donley marketing researchers at DePaul University in Chicago, wrote in The Journal of Consumer Affairs in 2005 that

supermarkets often can't afford large enough properties for their stores in cities. Alwitt and Donley also have posited that when more affuent families moved out of many inner cities in

the Us.during the1970s and 1980s ，supermarkets left as well.City planning researcher Cliff Guy and his cllagues at the University of Leeds in the U.K.wrote in the International Journal

of Retail& Distribution Management in2004 that smaller urban groceries tend to close due to competition from suburban supermarkets.

Food deserts are linked with lower local health outcomes, and they may be a driving force in the health disparities among lower -income and affluent people in. the Us The issue attracted

national attention in2008 when that year's Farm Bill included for the first time, funding to study and improve food deserts.

Now more Us.cities are taking stock of their food landscapes. Last year, the USDA launched a map of food store densities in all the U.s. counties Mari Gallagher who runs a private'

consulting firm says her researchers have mapped food stores and health statistics for the cities of Detroit, Chicago, Cincinnati and Washington D.c. These maps help cities identify where food deserts are and occasionally, have documented that people living in food deserts have higher rates of cancer and diet-related diseases.

The Brooklyn effort differs in that it's run by local core of five volunteers not professional researchers, who have worked on the projcct for the past year. To gather data they simply go to individual stores with pre-printed surveys in hand and check off boxes for the products for sale and whether the store accepts food stamp benefits.The team usually works with other local

As citizen cartographers, they're a part of the second trend,one that geographers say is becoming increasingly popular. The movement is fueled by new technologies such as mapping apps and GPS-enabled smart phones, other handheld GPS devices, Google maps and Open treet Map, an open-souree online map with a history involvement in social justice. After Haiti's devastating January 2010 earthquake, for example, Open Street Map contributors built the first digital street map of Port-au-Prinee. Brooklyn-based Foodcensus.org uses Open Street Map as its base. Such tools are"very, very simple to use and esentially available to everybody" says Goodchild.

after his group gathers more data, it will compare neighborhoods,draft policies to address local needs and then lobby New York City officials. Foodcensusorg hasn't caught much local or

official attention yet ,however. The Web site, which launched last month doesn't yet track its hits so its creators don't know who's looking at it.'

Experts who visited the, Brooklyn group's site were optimistic but cautious'"This kind of detailed information could be very useful says Ver Ploeg. To make the map more helpful to

both residents and policy makers, she would like to see price data for healthy products too Karen Ansela registered dietician and a spokesperson for the American Dietetic Association,

found the site confusing to navigate. "That said, with this information in navigate. "That said,with this information in place, Foodcensus has the tools to build a more user-friendly site that could be.very helpful to consumers" she says The group also should . ensure their map is available to those who don't have internet access at home she adds. In fact, 27 percent of

Brooklyn residents don't have internet at home and8 percent rely on dial-up serviceinstead of high-speed, internet access, according to Gretchen Maneval, director of Brooklyn College's

Center for the Study of Brooklyn. The Center's numbers come from data received from the New York City Mayor's Offce.

"It's still very much a work in progress," Heehs says of the coalition's online map. They'll start advertising it online and bye-mail to other community groups such as urban food garden

associations, next month.He also e hopes warmer days in the spring will draw out more volunteers to finish surveying-they. have about two-thirds of Brooklyn left to cover-and to spread awareness.

A. The relationship between Tasmania tigers and dingoes.

B. The prevention on the number of dingoes.

D. The introduction of dingoes to Australia.

21. D 'The number of dingoes will affect the income of farmers.

22. A The relationship between dingoes and balance of nature.

23. B The preference on predators.

24. The extinction ofTasmanian tigers are partly due to the competition from dingoes.

25. Dingoes prefer to choose calves as their preys.

26. Dingoes can control the number of wild-ife animal from overpopulation. 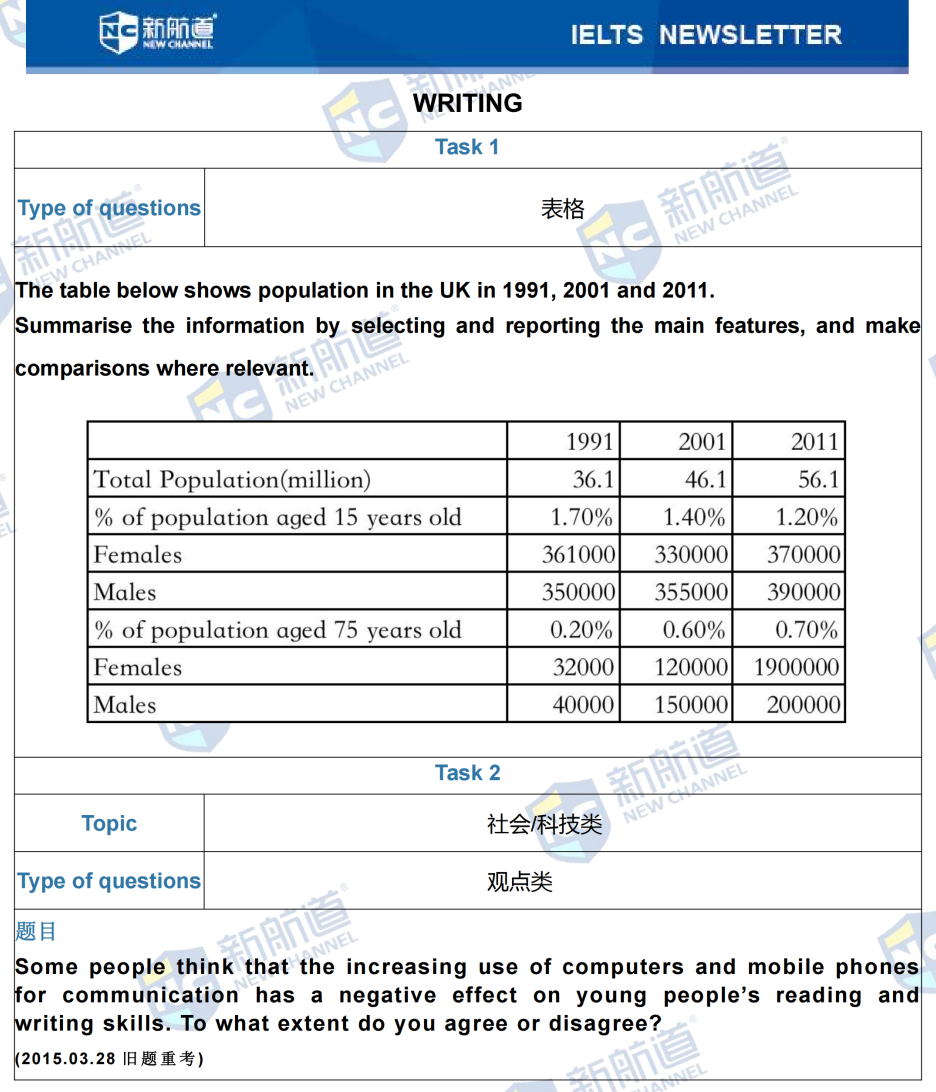