The Innovation of Grocery Stores 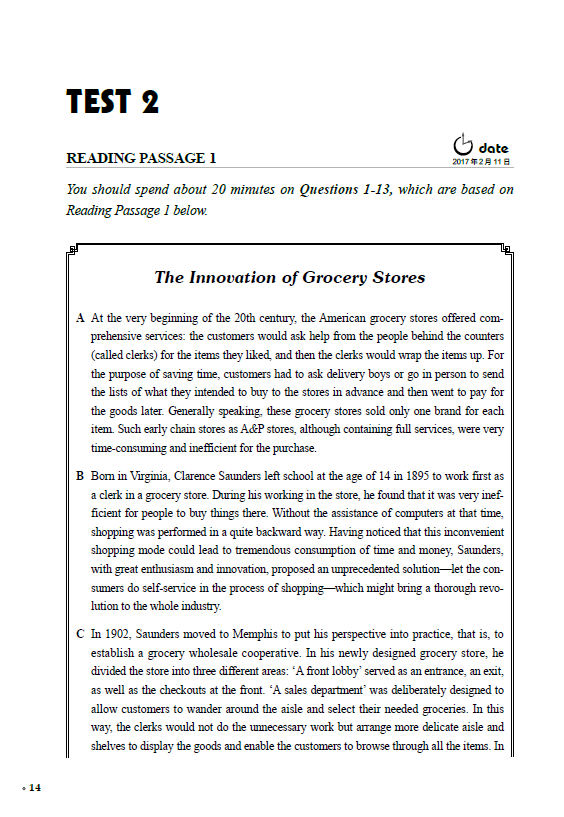 7.what's the problem with the bathroom window?

B.The lock needs to be checked

8. When the electricity can be repaired?

A. After Washing machine being checked

C. After all the switches are renewed

9. What will be done to the central heating system?

10.Problem in the main hall?

17&18.education book for children and flags

22.you need to report to your: seminar groupltems you have to take:

the purpose of presentation: ability to have :

25.check whether did you do: wide reading

26.be able to make a clear argument

27.how well you can do to design researchteacher's suggestions for the presentation:

28.you have to write the theory chapters

29.the things you get: checklist 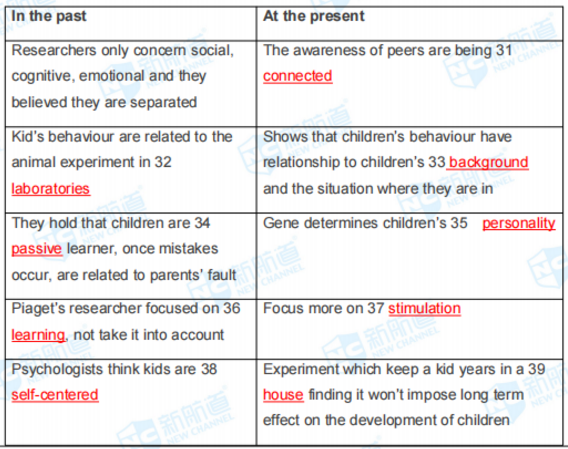 Describe a person who is polite 礼貌的人

Describe a time when you saw children behave badly in public熊能期亥子

Describe a time when you made a promise to someone 对某人许诺

Desaribe a time when you give advice to others 给别人建议

Describe a time when you ate something for the first time次吃某种东西

Describe a film that made you laugh搞笑的电影Desaribe a prize you won获奖的经历

Desaribe a foreign country you want to know more about感兴趣的外国城市

Describe the area of science (e.g. physics, medicine, psychology) that you are interestedin感兴趣的科学

The Inn ovation of Grocery Store

A. At the beginning of the 20th century, grocery stores in the United States werefull-service.A customer would ask a clerk behind the counter for specific item and theclerk would package the items,which were limited to dry goods. lf they want to savesome time, they have to ask a delivery boy or by themselves to send the note of whatthey want to buy to the grocery story first and then go to pay for the goods later.Thesegrocery stores usually carried only one brand of each good. There were early chainstores，such as the A&P Stores,but these were all entirely full-service and verytime-consuming.

B. In 1885, a Virginia boy named Clarence Saunders began working part-time as aclerk in a grocery store when he was 14 years old,and quit school when theshopkeeper offered him Ml time work with room and board.Later he worked in anAlabama coke plant and in a Tennessee sawmill before he returned to the grocerybusiness.By 1900, when he was nineteen years old, he was eaming $30 a month as asalesman for a wholesale grocer.During his years working in the grocery stores, hefound that it was very inconvenient and inefficient for people to buy things becausemore than a century ago， long before there were computers,shopping was done quitedifferently than it is today. Entering a store, the customer would approach the counter(or wait for a cerk to become available) and place an order, either verbally or, as wasoften the case for boys running errands, in the form of a note or list. While the customerwaited, the clerk would move behind the counter and throughout the store, select theitems on the list—some form shelves so high that long-handled grasping device had tobe used—and bring them back to the counter to be tallied and bagged or boxed. Theprocess might be expedited by the customer calling or sending in the order beforehand,or by the order being handled by a delivery boy on a bike, but otherwise it did not varygreatly. Saunders, a flamboyant and innovative man, noticed that this method resultedin wasted time and expense, so he came up with an unheard-of solution that would revolutionize the entire grocery industry: he developed a way for shoppers to servethemselves.

c. So in 1902 he moved to Memphis where he developed his concept to form agrocery wholesale cooperative and a full-service grooery store.For his new“cafeteriagrocery" , Saunders divided his grocery into three distinct areas:

1)A front "lobby" forming an entrance and exit and checkouts a t the front.

2)A sales department, which was specially designed to allow customers to roam theaisles and select their own groceries.Removing unnecessary derks, creating elaborateaisle displays，and rearranging the store to force customers to view all of themerchandise and over the shelving and cabinets units of sales department were“galleries" where supervisors were allowed to keep an eye on the customers while notdisturbing them. 3) And another section of his store is the room only allowed for theclerks which was called the "stockroom" or "storage room" where large refrigeratorswere situated to keep fresh products from being perishable. The new format allowedmultiple customers to shop at the same time，and led to the previously unknownphenomenon of impulse shopping. Though this format of grocery market was drasticallydifferent from its competitors, the style became the standard for the modern grocerystore and later supermarket

D.On September 6,1916,Saunders launched the self-service revolution in the USAby opening the first self-service Piggly Wiggly store, at 79 Jefferson Street in Memphis,Tennessee,with its characteristic turnstile at the entrance.Customers paid cash andselected their own goods from the shelves. lt was unlike any other grocery store of thattime. Inside a Piggly Wiggly, shoppers were not at the mercy of shop clerks.They werefree to roam the store, check out the merchandise and get what they needed with theirown two hands and feet.Prices on items at Piggly Wiggly were clearly marked.No onepressured customers to buy milk or pickles.And the biggest benefit at the Piggly Wigglywas that shoppers saved money. Self-service was a positive all around. "it's good forboth the consumer and retailer because it cuts costs,"noted George T. Haley，aprofessor at the University of New Haven and director of the Center for International Industry Competitiveness."If you looked at the way grocery stores were run previous toPiggly Wiggly and Alpha Beta, what you find is that there was a tremendous amount oflabor involved, and labor is a major expense.”"Piggly Wiggly cut the fat.

E.Piggly Wiggly and the self-service concept took off.Saunders opened nine storesin the Memphis area within the first year of business.Consumers embraced theefficiency, the simplicity and most of all the lower food prices.Saunders soon patentedhis self-service concept,and began franchising Piggly Wiggly stores.Thanks to thebenefits of self-service and franchising，Piggly Wiggly ballooned to nearly 1,300 storesby 1923. Piggly Wiggly sold $100 million—worth $1.3 billion today—in groceries,making it the third-biggest grocery retailer in the nation.The company's stock was evenlisted on the New York Stock Exchange,doubling from late 1922 to March 1923.Saunders had his hands all over Piggly Wiggly.He was instrumental in the design andlayout of his stores. He even invented the turnstile.

F. However Saunders was forced into bankruptcy in 1923 after a dramatic spat withthe New York Stock Exchange and he went on to create the “Clarence Saunderssole-owner-of-my-name" chain, which went into bankruptcy.

G.Until the time of his death in October 1953, Saunders was developing plans foranother automatic store system called the Food electric.But the store,which was to belocated two blocks from the first Piggly Wiggly store, never opened.But his name waswell-remembered along with the name Piggly Wiggly.

6. When Clarence Saunders was an adolescent,he took a job as a clerk in a grocerystore.

7.In the new innovation of grocery store, most of the clerks' work before was done byshoppers/customers.

9.Another area in his store which behind the public area was called the stockroom,where only intemal staff could access.

10.At galleries customers were under surveillance.

11 Why did Clarence Saunders want to propel the innovation of grocery stores at hisage?

A. Because he was an enthusiastic and creative man.

B. Because his boss wanted to reform the grocery industry.

C. Because he wanted to develop its efficiency and make great profit aswell.

D. Because he worried about the future competition from the industry.

A.Customers complained about its impracticality and inconvenience.

B. lt enjoyed a great business and was updated in the first twelve months.

C. lt expanded to more than a thousand franchised stores during the first year.

D.Saunders was required to have his new idea patented and open more stores.

13.What lef to Clarence Saunders after his death in 1953?

B. The name of his store the Piggly Wiggly was very popular at that time.

C.His name was usually connected with his famous shop the Piggly Wiggly in thefollowing several years.

D.His name was painted together with the name of his famous store.

How human life has changed over the years? 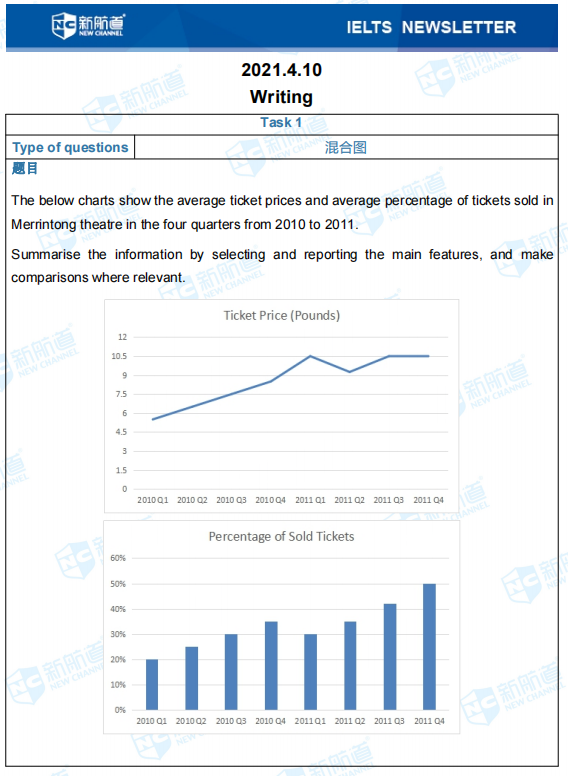 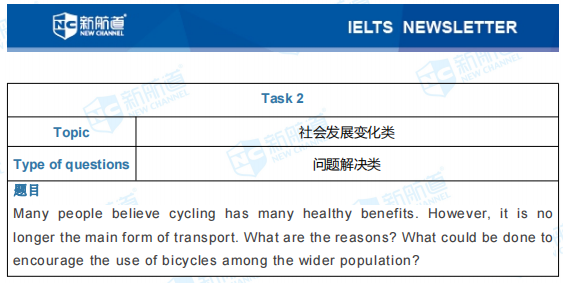