Machines have taken a huge role in our day-to-day lives. They can either effect us in a good way or in a bad way. Granted, machines have impacted many people in the workplace but they help us finish the jobs. There are many ups and downs to the development of machines.

Some people have become so dependent on machines they start to lose their “humanity”. Machines can take away the personal aspect of life. For example, we lose basic courtesy, respect, and tolerance for people due to using machines so much. Some machines that could make that happen are; cellphones, computers, and video games. When people purchase one of these machines they usually are on it and depend on it all the time. Due to the lack of self-motivation through machines we could lose our common courtesy.

In the workplace, machines have effected jobs dramatically. They can perform at low-skill repetitive jobs and at high-speed precise jobs. They mostly are better than humans because they are more precise within their work and they are less likely to produce an error. Although machines do help the workplace, they can also harm it as well. By the advancement of so many machines, an abundance of people are losing their jobs due to them. Machines can have a positive and negative effect in the workplace.

Although machines have a good amount of drawbacks, they also have a positive amount on us today. Due to the advancement of machines people are starting to push themselves to a whole new level. People are becoming more educated and precise in the workplace. Also, many people are starting to study machines and enter new, unimagined possibilties into the world! Machines can change the world in a positive way as well as a negative way.

In conclusion, machines effect the lives of everybody in our world today. Whether they effect us in our home or on the job they continue to change people’s outlook on trying new ideas. The development of machines has its ups and downs. For example, they motivate people to work harder in order to compete with them. Although, they can demolish our common courtesy, machines play a huge role in technology today and will continue to shape the world’s future. 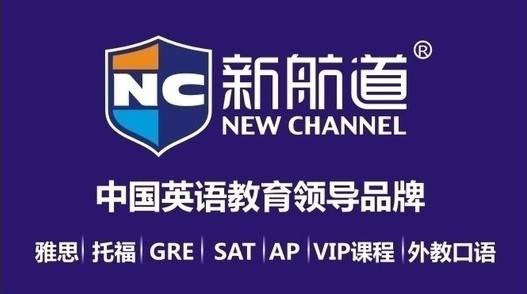 文章运用了基础的语言。即使作者的观点表达得很清楚，语言上的问题还是存在着，比如语言不准确，(Machines have taken a huge role, Due to the lack of self-motivation through machines)，词汇的匮乏，句子结构拖沓等情况。

As modern civilized society progresses into the future, the less civilized we have become. Though machines may benefit our society and growth, they also have important draw-backs. In relying on machines as employees, many human employees suffer negative economic consequences. Robots built entirely for the purpose of bringing the future of tomorrow into the present of today also eliminate opportunities of human-to-human interactions.

As the dream of tomorrow’s future becomes ever closer, machines have become more refined and civilized where as humans have lost the ability to display even the most basic courtesy let alone show mutual respect to one another. A variety of machines such as self-checkouts can perform simple tasks. These usually offer convenience and time to their users, but the effect is lost opportunity for the human being to engage in civilized interaction. The more these opportunities disappear, the less understanding and respect we have for one another. Convenience also is taking on greater importance. As machines evolve and we devolve, there seems to be a greater push for machines to become more innovative and precise, enabling their users to have everything at their finger tips. “Smart” phones, for example, have made it very easy to participate in “social networking” which has led people to believe they are being more social. But because interactions that require some “soul connection” are becoming harder and harder, this “social networking” seems to de-socialize us as people.

Machines are increasingly popular in the workplace. Though there are financial benefits to machine labor, they are restricted to a handful of people. And there are no benefits to those who lose their jobs. The increased job loss will effect the overall economy, but it will also create more tension between people in society and mean more de-socialization. Even though society itself has also benefited from advances in technology (from indoor plumbing to instant communication), pursuing it too hard leads to an obsession that is harming humanity.

With more and more machines “making our lives easier” and promoting “progress,” there seems to be a decline of growth in humanity. The role of machines should maintain a focus on those that are used to “help” us as a whole, not “do” for us as individuals. Though machine have displayed superb ability for bringing us into the future, the loss of human jobs as well as ettiquitte should not be swept aside. Too much of a good thing can in the end become bad.

组织结构清晰。开头段介绍了两个方面，智能机器的好处和经济结果。此后，作者引出了自己的观点，机器应该在某些特定的领域发挥它的作用。文章有转承启合，尤其是段落内的链接。比如：(Convenience also is taking on greater importance; Even though society itself has also benefitted).