1.What does the professor mainly discuss?

C.Ways in which air masses interact to create different types of precipitation

2.According to the professor, what is true of a continental polar air mass when it forms?Click on 2 answers.

B.It has low levels of humidity.

A.It does not produce as many clouds that can rise into a polar air mass.

B.The cities on its downwind shores receive more snow compared to cities near other lakes.

C.There is a greater difference between its temperature and that of the land surrounding it.

D.The lake‐effect snowstorms that it produces tend to be less intense than storms near other lakes

4. The professor describes the process by which someone in the Middle Ages became a master of a trade Put the steps in the correct order.

B.The lakes absorb large amounts of energy from the Sun and air.

5.Why is Thunder Bay not very affected by lake‐effect snow?

A.It is located close to a lake that protects it.

B.It is located on the northwestern shore of a lake.

C.It is located in a region that is too warm to receive much snow

D.It is located near a lake that is too small to produce much snow

6.What is the professor's opinion about the future of lake‐effect snowfalls?

A.They will vary greatly from year to year.

C.They will begin occurring earlier in the year.

D.It is possible they will occur less often than they do now 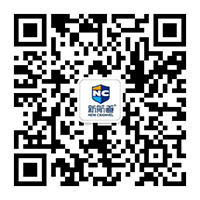